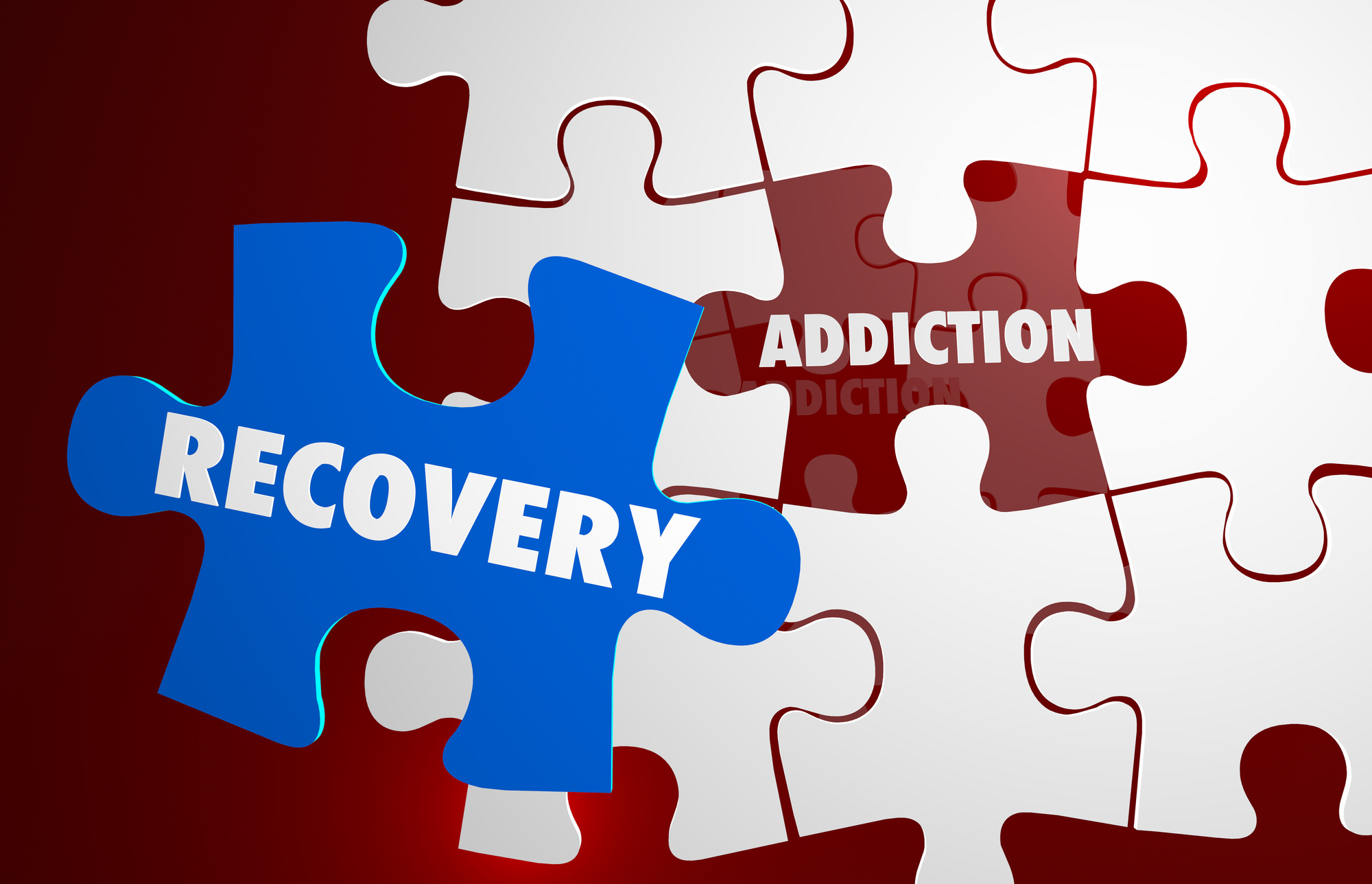 50% of teens have experimented or admitted to doing drugs at least once. The problem, however, is that not all teens who have tried drugs end up stopping after the first time. Many begin to use it regularly for several reasons, which can affect their life path. In Georgia, we’ve realized that teen drug addiction is a prevalent problem that needs a solution to save tomorrow’s youth. If your teen is struggling with addiction, drug rehabilitation is the next best step to take to ensure they’re provided the help they need to get back on track.

Read on now and learn more about how addiction treatment can help your teen and how it starts.

Signs of Drug Abuse in Teens

When your teen begins to use drugs, you might not suspect anything, which is why we’re going to detail some of the most common signs for you. It’s essential that if you begin to notice any of these signs, you create an open line of communication for your teen and begin to offer the support they need to tackle this issue head-on.

In the beginning, it might embarrass them to talk about, but letting them know you’re in their corner is one of the best things you can do as a parent. Some signs begin to appear when your teen is struggling with drug addiction.

Is your teen usually someone that can’t wait to fill you in on what happened during their time at school? Or perhaps you find that you were best friends and talked about everything, but it seems that they have suddenly become more introverted and don’t want to talk to you as much.

Your teen becoming less communicative suddenly is a sign of drug usage. They may not want to talk as much because what they want to talk about you may not understand, and they don’t want you to become upset with them for the choices they’ve decided to make.

If they’ve become silent, ensure you approach the topic gently because they’re more likely to shut down if they feel attacked.

A side effect of some drug use is suddenly becoming hyperactive or finding it challenging to stay still and focus on one thing at a time. If your teen can’t seem to remain in one place and seems like they have an attention disorder out of nowhere, it’s time to start paying more attention to what’s happening.

Even if it isn’t hyperactivity, it still might present itself as being overly elated by things happening. For example, if you cook them breakfast and their response is excessively excited about breakfast, that could be seen as unusual and alarming if it continues.

Most teens are finding things they like, whether participating in the glee club or going out for the soccer team. If your teen begins to withdraw from these activities and specific social groups, it could signify that something deeper is going on.

Withdrawing from activities could also mean not hanging out with the same social group as before. This is mainly due to them finding people who now share the same interests or other teens who are also experimenting with drug use.

Is your child spending more time behind a locked door? Do you notice they often have red eyes or are experiencing irritation around their nasal passages?

These are just a few of the behavioral changes you might notice, but they will become more prevalent if drug use continues.

Why Do Teens Turn to Drug Use?

Now that you understand some of the signs of drug use to ensure you’re providing your teen the help they need, you’re going to need to understand why they start using in the first place. Even teens that seem like they have it all can fall into the chokehold of drug usage during a moment of vulnerability.

We will outline a number of reasons teens begin to use drugs below. Understanding these reasons can help you and your teen as you move forward with seeking aid from a drug rehab program.

90% of teens will experience peer pressure at some point in their adolescent lives. While there are some that are able to rise above peer pressure, more often than not, they give in to fit in with those that are around them.

It’s challenging to withstand peer pressure because teens don’t want to be bullied for doing something that’s seen as different or not the norm from those around them. During this time in their lives, they’re still learning about themselves, and the last thing they want to do is be outcasted by their peers.

Therefore, if someone they want to fit in with is pressuring them to try a drug or drink some alcohol, the chances of them doing so are slightly higher.

Another reason that a teen may begin using drugs is due to the fact that it is something their family members struggle with. For example, if teens are used to their parents, aunts, or uncles using drugs or having a history of drug abuse, it might become something they don’t view as a big deal.

Because it’s not seen as a big deal and is a normal part of their everyday lives, it could increase their chances of doing it themselves.

Not to mention that various studies have been performed to show a link between a person’s genetics and the likelihood they’ll become addicted to substances in their lives.

Wherever you look, whether it’s a tv show, music, or advertisement, there is a depiction of the glamorization of drug usage. Since it is everywhere, it’s not uncommon for teens to suddenly become interested in the hype behind it.

This could lead them to want to experiment or try it just to see how it affects them. The issue is that it takes only one time before something becomes an addiction.

Then what started out as curiosity began to take over their lives before they knew what was happening.

How To Get Them Into Treatment?

Most people dealing with substance abuse issues don’t want to admit that it’s become a problem they can no longer control. If they don’t see something as a problem, it can be challenging to get them to commit to seeking addiction treatment help for the issue.

However, there are some steps you can follow when you’re addressing the idea of addiction treatment with your teen. The first step in the process is admitting that you need help and that it can’t be done on your own.

Once you’ve passed this hurdle, everything else is about timing and how the subject is being approached.

Wait Until They Aren’t Under the Influence

When someone is under the influence, the last thing you want to do is bombard them with questions about their drug use. This can trigger them to become angry suddenly and can lead to them lashing out at you even though you’re trying to provide them with the help they need.

It’s also best not to speak to them when they’re visibly sick or already agitated because it leads to arguments happening, which can make it even more challenging to discuss in the future. It’s best to wait until both parties are in an emotionally neutral space before approaching the subject.

Approaching the topic of substance abuse isn’t easy; however, the discussion won’t go the way you expect it to if you don’t have a plan. For example, what’s the next step if your teen says no to treatment?

If they admit to having a problem, but aren’t sure about rehab programs, what’s your next step? It’s best to carefully plan out what you want to say and the resources you plan to tap into to provide your teen the support they need at this time.

Being prepared will help you stay on track and reduce the chances of the conversation being left in limbo or being derailed at any given time. If you don’t know where to start when creating a plan, you might consider roping in the help of an interventionist.

They will have experience planning interventions and can provide a blueprint you can work off of going into the conversation. If you still don’t feel comfortable, they might even be able to be present for the conversation you intend to have with your teen later on.

Now is not the time to start playing the blame game with your teen. It’s not about who did what to whom; it’s about the fact that at this point in their lives, for whatever reason, your teen has decided to use drugs on an ongoing basis.

When they enter treatment, the reasons or decisions behind why they’ve decided to use drugs will be discussed with a licensed counselor that can also aid them in taking responsibility for their addiction. Another reason to avoid playing the blame game is that it will not improve the situation.

In fact, it might trigger your teen to want to continue their drug use.

How to Choose a Treatment Program For Your Teen?

When it comes to choosing the right drug rehab center, there are some factors to consider before making your final choice. It’s best to rope your teen in on the conversation so they feel they’re being included in a decision that will influence their life’s trajectory.

The first factor that should influence the program you choose for your teen is the length of time they’ve been using drugs. If someone has been using for a prolonged period, it may cause them to experience more severe withdrawal symptoms.

This would mean you need to find a program that also provides detox services before they begin their treatment program. Another factor to consider is if your child has any other mental health or physical illnesses that have influenced their drug use.

Most importantly, your teen has to be committed to making a change in their life. It doesn’t matter if you put them in one of the top treatment facilities in the country. If they’re not open to change or willing to change, all the work done and support provided will be for nothing.

Lastly, consider the environment your child will be returning to after treatment. You’ll want to ensure that if the problem is people from school, you consider alternative schooling options for them when they return from the rehab program.

This could mean allowing them to homeschool for a while to mitigate the triggers they will face when they’re done.

When it comes to drug rehabilitation for teens, several reasons have led to their use. Also, there are various ways to approach treatment and get them the help they need.

If you begin to suspect your teen is using and needs help, there’s only one place to turn. Eagle Overlook has the skills and expertise needed to teach your teen how to cope with outside stressors and live their lives healthily.

Let us help you and your teen. Take some time to contact us and take a tour of our facilities, so you know exactly what you will receive from our treatment program.

A Guide to Drug Rehab for Teens: How You Can Help a Teen Recover